People argue, especially scale aircraft modelers, about the application and colorization of a certain unique World War II-era Japanese aircraft primer called Aotake: It's blue, it's green; more one than the other, and so on. As I revealed in an earlier article on this Blog, the most intriguing thing about Aotake is that it's all of the above. Colors range a wide gamut, from blue to green and everything in between.

But there's even more to the Aotake story.

As a translucent primer coating the stuff was applied during many different stages of an aircraft's production, at the main factories and among the many smaller subcontractors that were employed to manufacture parts. A piece of aluminum stock would be stamped, then coated with a layer of Aotake to prevent flash corrosion. Then that part would be drilled and cut, then given another coat of Aotake. After that part was riveted into place within the air frame it would be coated a third time or more. The procedure was generally to ensure that no bare metal was exposed to the air for any length of time. Then, in some areas of the aircraft, a matte black coat of paint was often applied - as a further measure of protection or to cut down on the glare of the glossy Aotake, it's not known. 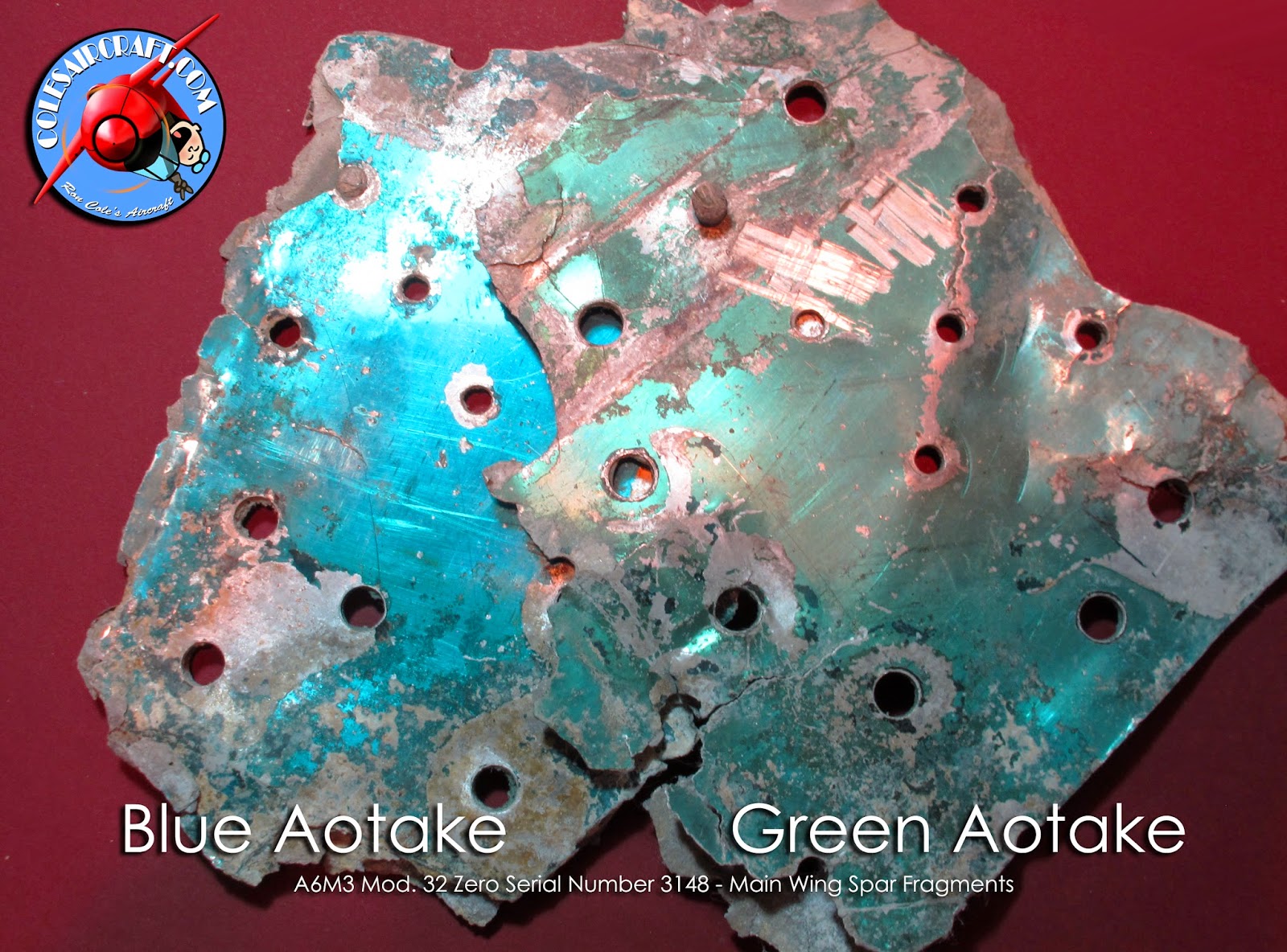 It's generally accepted that there were two main variations of Aotake: a blue and a green (though other shades including yellow have been encountered). Some have suggested a number of different means to predict the application of either variant - time frame, manufacturer, or other. In reality both blue and green could be expected to be seen in any random aircraft regardless of manufacturer or time frame - until the worsening war situation saw Aotake's use abandoned altogether. The above twin samples are both parts of the main wing spar of the same Zero fighter: Mitsubishi-built A6M3 Mod. 32 Zero (serial number 3148), built in September 1942. These are about the greatest extremes of green and blue encountered within this aircraft, yet they are from the same wing spar. Variations to include shades between these two extremes were examined elsewhere within this machine, dependent upon multiple layers applied of both colors.

Both of the above color samples are indicative of light coatings of Aotake. Elsewhere the lightness of the color ranges to almost black - indicating a much heavier application. 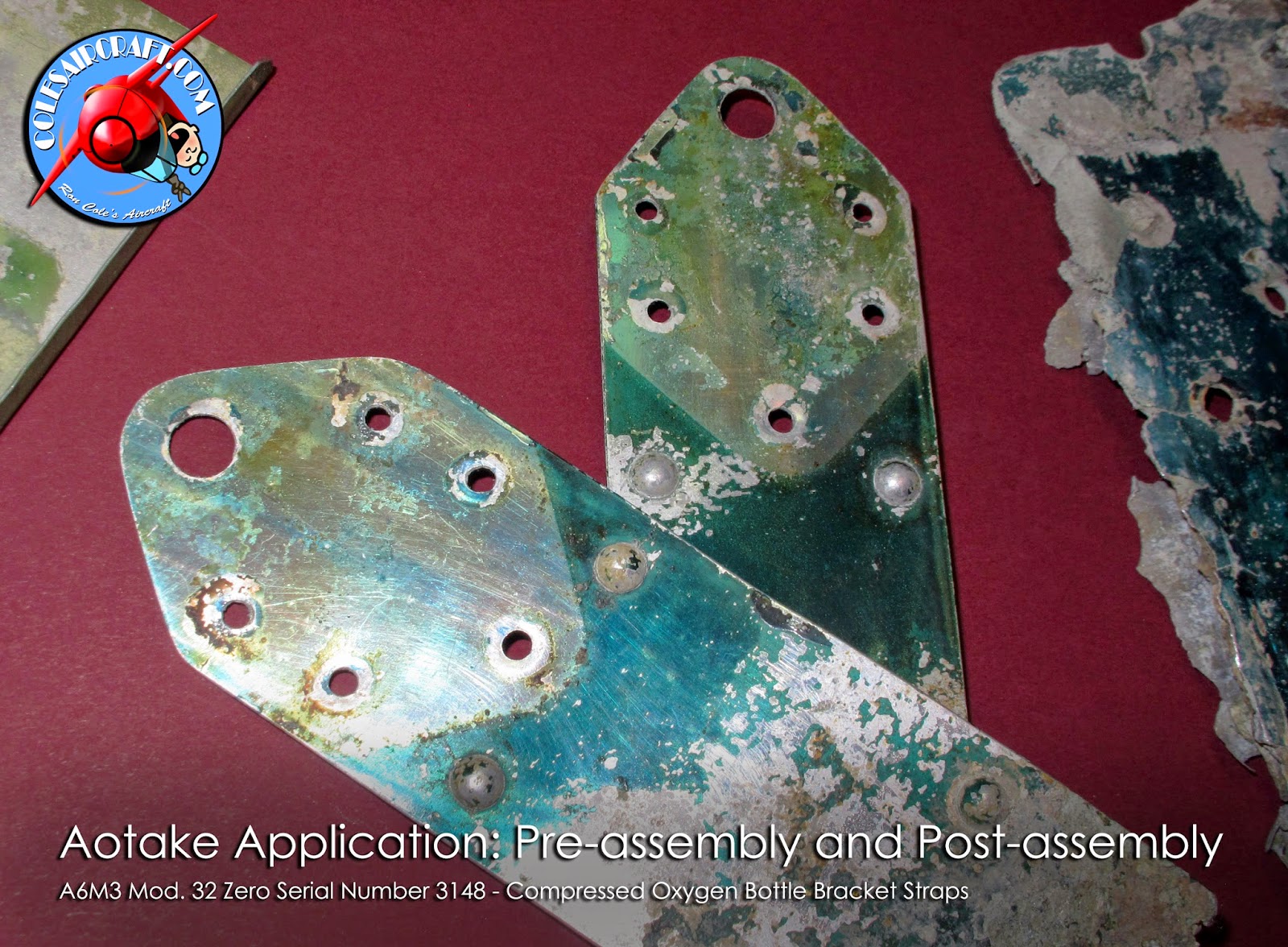 The aluminum parts above reveals the effect of Aotake as applied in multiple layers during construction. These samples are straps to hold bottles of compressed oxygen in place aft of the pilot's seat, but this effect can be seen throughout the aircraft. These parts were cut and drilled, coated with Aotake, assembled, and re-coated. Note also that even here we see subtle variations in the color between blue and green.

In short, the Japanese wartime application procedures, with their resultant innumerable variations in color, produces both a blessing and curse to modelers who wish to replicate them. A well done interior of a scale model would be a dazzling patchwork of glossy bright color - but good luck with that truly laborious project!